I do believe in the word of Christ and that Jesus Christ is our lord and savior – the way, the truth and the life. He died on the cross one fell Friday afternoon. Jesus has literary saved my life. Without him, not only would my life be much more dull and damp, but I would not be here today. I would be dead. This is hard to write. But it is the truth. 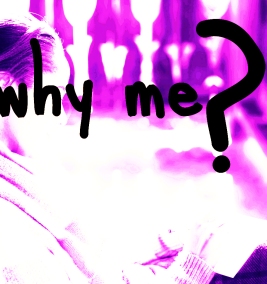 I have grown into the stories of Christ and the teachings of the bible. Many people in my experience can’t answer why we should believe the Bible. For me that is the most central question of all. I believe many Christians just take it for granted. But I do find it strange how you can call yourself a Christian and not believe in the Bible and the word of God? What Can you believe then?

I think it’s a slippery slope to let everyone define what Christianity is for you. There’s only one word of God and that is communicated through his son and recorded in the Gospels. I just can’t understand how you can put together your faith out of bits and pieces, instead of wholeheartedly embracing the entire thing. If you’re the one who chooses which part of the Bible to believe and which not to believe, have you really fully surrendered your heart to Christ? I read a quote by Freud once… I forget how it goes exactly, but the spirit of it was something like this: When secularized “Christians” talk about what God commands, you just want to ask them not to use the Lord’s name in vain. The feel-good cosmic force you’re praying to, who preaches love and vague notions of redemption but leaves out the nasty bits about predestination, Hell, sin, and judgement; might be a terrific fellow but it sure ain’t the One God of Abraham and Isaac and Jacob.

But everywhere I go people treat what I believe treat like an affront to human decency. They say “how can anyone who believes in a talking snake and people living in a whale be taken seriously!?” (Now, he didn’t actually live in a great big whale but a great big fish. If you do as I do and take the Great Book at its word.) See, it’s not like I chose to believe in all of this. In some ways, life would be so much simpler if I didn’t. It’s hard when you’re invited to dinner with the Mayor but you have to refuse because he’s serving shellfish. It’s hard to find good clothes without mixing up materials. Some of the things really don’t make much sense if you think about it logically. But how am I supposed to reconcile my belief in the things which must be true because they’re in the Bible, with the things that seem to be true because we can see them? Why do I have to believe? Why me? Oh but why me?

Thankz for your letter! 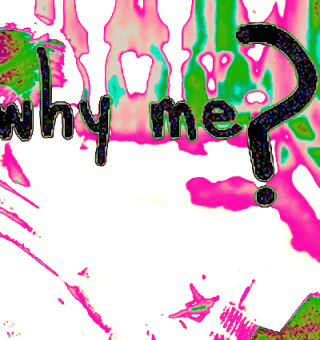 Why you? It is very likely that it is connected to your upbringing (that iz, your parents’ views of the world). What I mean is that all contemporary research points towards religiosity as being hereditary (in a non-biological sense) and your parents’ beliefs being extremely important for what your perception of God/Jesus/Camelz is. So that’s the answer for you, my dear.

On your second score, I say thatz absolutely true. It’s mighty hard to reconcile “believing” in some of the stuff in the bible and not of all of it. Who are you to judge which songs of God’s only greatest hits album should be listened to – why not the entire record? If God puts out one book, is it not unreasonable to listen to it from start to end? At that score I completely agree with you. There’s a certain level of hypocrisy in appointing yourself to interpret the holy man’s holiest (only holy) book. But on the other hand, that’s been done since the start of this religion. Probably this was the case because, you know, religion isn’t really real to begin with. So there’s been a lot of opportunities where men of unclear holiness clearance have messed about with the contents of this book. Did you, for example, know that Judas had his own section (a surprisingly upbeat section too) and that all of the gospels don’t mention the virgin birth? I found that surprising – who leaves out that juicy detail??

Well, the Bible isn’t really a well-structured book. The book contradicts itself on several different places. It is also unfashionably violent and judgy and there are also a bunch of stuff which is just plain weird. For a seafood aficionado, not eating shellfish is a bit weird; I find using foreskins as currency disturbing; and the times God slaughters millions of people are morally dubious to say the least. Or the time Lot gets raped by his own daughters. Nicht cool.

How do we solve this? My remedy is to read the bible cover-to-cover and ask yourself. Is it really reasonable to believe the almighty, the one and only, the omnipresent, the future, the past and present wrote this?