The discography of a truth called nothing, in reverse order.

EP Project continues. It felt as though it took a long time. This time: the darkly surreal sequel no one was waiting for. Step into the realm of electro prog and let Rusty Doris and Jonathan Nash guide you through pulsating, ever changing soundscapes, from the system to mental darkness. The result is exactly the same.

Second in the EP Project. In their most progressive work yet, the band boils a 2.5 hour rock opera down into a 25 minute EP! From harsh condemnations of religion to hymn-like voices raised in praise of science, and beyond… all the way to the big land of the Future, where we meet our automatic friends, the robots…! Can you handle it?

The Orange Orangutan’s Revenge (2016): Listen to the EP / Read about the EP

First in the EP Project, this collection of remixes from Sluggerhand plus two new songs gives the band an electro-industrial sound, courtesy of DJ Bo Blaze. The title track obviously deals with Trump, while the rest of the EP sprawls out in other directions.

An eclectic alt-rock collection as well as a fictional rock opera, Sluggerhand marks the undeniable maturation point of the band’s songwriting. With revelation upon heartfelt revelation and not a single lackluster song, Sluggerhand really puts its foot down and keeps it there. Notable songs: “The Archipelago Man”, “Alpha Male”, “Someone Better”, “One Last Summer”, “Nowhere Else to Go”.

Live in Political City (2014): Listen to the album / Read about the album

A live album from the Old Hits tour. Probably the best introduction to the band’s earlier material, despite the somewhat rough sound. The record mostly features songs from Old Hits, but it also includes three songs that cannot be heard anywhere else.

The explosive and steel-black wall of sound called Rope Money showcases atcn’s abilities in prog-inspired alt-rock. Classics include “Marked on My Sky” and “Candles”. 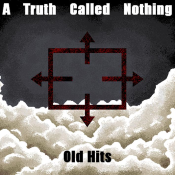 Featuring new versions of songs from the first three albums recorded in vastly different conditions with different lineups, this album just about holds together. Probably most notable today for “The Truth Shall Set You Free”, the early symphonic rock anthem. 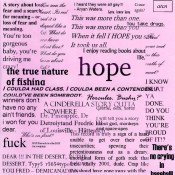 Coming in at the tail end of the Dark Times, Hope marks the first move away from overblown concepts into the big land of more economical pop writing. It contains several favourites, and a big part of atcn’s current sound can be traced back to this seminal record.

A concept album dealing with the subject of religion. Although it features several songs that have become concert mainstays, the band considers this album too dry and sparse by far, to an almost claustrophobic extent.

Our friends a truth called nothing first threw themselves into the airwaves with this confused industrial concept album, stating their grievances against society. A sigularly bizarre burst of uncontrolled creativity.