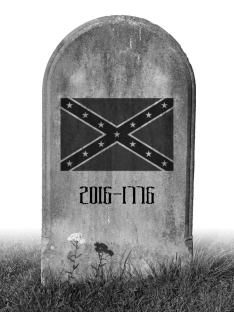 I’m Ray Sawyer, and I’m the lead political commentator here on The Political Commentary on the Political Commentary Bureau. These are my thoughts about what unraveled last week. This isn’t an exhaustive list, and shouldn’t be treated as such, it really is just some reflections on this clusterfuck of an election. It’s still a little much for a sensitive country soul like me. Today we hear Orange Jungleland moved in with his millionaires, lobbyists and immediate family (who will continue to run his weird dysfunctional marketing enterprise without any separation between what will be the president and them. A president suspected of direct bribes and currently under investigation for running basically a Ponzi-scheme (ie Trump University)).

Suggestion going forward, for every news story you “feel” is correct– read something you instinctively “feel” is false and investigate sources and reasoning. There are such things as facts, and in many cases we can’t do anything about them except keep them from people.

Suggestion going forward, Ds, understand immigration puts a pressure on many people (white rural) which is very heavy. Try and understand that, try and reconcile with your worldview where that might not be as different. Rs, if you’re feeling loss of community, ask yourself if that is really because of black, Mexican, atheist, muslim terrorists? Stay positive – what can you do for your community today? Communities are a social construct. They become what we make them.

Suggestion going forward: for every position you hold on some particular issue you hold dear, you go and read on an official channel of the opposite party. You then fact-check this with an actual source and compose, in writing, an answer as to why you believe this to be the path forward.

Suggestion moving forward: Do a whole lot less polls and instead engage in conversation to unravel the underlying sentiment behind the polls.

All in all, this was a terrible election. It’s been a terrible couple of years. I genuinely believe Trump will be awful. I think he has terribly underestimated the challenges he will face. How all the people who’ve said they like what he’s saying are simply smarter sycophants who know they can prey on an easily manipulated mind. I hope Senate and Congress and Offices of the Courts and the rest of the institutions will challenge what comes forward. Not least the Republicans. The party of Lincoln, as Paul Ryan proudly said today. Paul Ryan who also said Trump was a textbook racist but it didn’t matter because it’s more important for Paul Ryan to lower taxes on the wealthy in America on the backs of the people who elected Trump. There was a great disappointment after Bush failed basically everything he undertook over eight years. His only success summed up to owning the Supreme Court in 2000 and a Swift Boat campaign in 2004. Basically everything else is discarded as rubble. Now he has his paintings. I sadly hear they aren’t that great either.

It took about six years of W Bush for the public to turn. That was a long time and a lot of not very progressive things had to transpire. Among those were the Iraq war, the Afghanistan war, Katrina, giant tax cuts (in the height of war) and letting the last regulations on the financial industry loose resulting in the biggest economic catastrophe since 1929. I think Donald Trump is going to be worse. I hope not. I always hope for the best. Because there’s lives at stake. Our very society, our communities, our families and our friends – everything we know is in these communities. And I hope Donald Trump will rise to the occasion, that Republicans in the Senate and Congress will rise to the occasion and we’ll all live happily ever after.

After this election America should really look into this political divide and start to nuance issues. Based on the votes cast in the primaries, British upper-class fluffer magazine The Economist made a composition of how Americas political views lay. Some 25% were Bernie Sanders Social Democrats types, some 27% were Hillary Clinton type liberal market economy, some 10% were John Kasich/Bush dynasty no taxes-all business types, some 15% were Rick Santorum no-evolution babies-at-erection types and some 25% were Donald Trump hair-dye fact-free deport all Mexican populists. None of these usually have their way. The Democrats never get their Bernie Sanders types, and before Trump, it was all dog-whistle but no party for the racists. They got the Mitt Romney types which were all business but didn’t give a shit about either religion or immigrants. This election the Rs found their excited base in anti-immigration. I really believe it would be helpful if the Congress actually reflected these views as opposed the first-to-pole type elections today. Then all districts wouldn’t have these divisions where the election only reflect the 25%-50% of the guy who got the ticket with the rest of the 50%-75% not getting representation.

This goes for the presidential election as well. If the election hadn’t been about primaries for a year and a presidential campaign for another half-year, we could have had candidates focus on one set of issues and weighed them against one another without this inevitable diluting race for the middle-ground in the later stages. The structure of pitting two parties and two candidates against each other is that the level of nuance decreases immensely. First in the Primary the Candidates cater to their different core groups and later when in the main election they “pivot” to the center to be able to cater to a much broader group. The point here being that the larger amount of candidates are never challenged against each other. Bernie Sanders vs Orange Know-Nothing or Ted “There Is No Substantive you-know-how-it-goes” Cruz vs Hillary Clinton or Jill Stein vs Scott Walker or Greg Johnson against anyone who knows the name of a foreign leader. In my humble opinion a superior Presidential election system would have something like 15 candidates from say five parties:

Also, it should really be mandatory to vote. If you really don’t want to, vote blank. But fucking do it. It’s only your life. But we can make it more enticing for the couch potato, either you get a $500 voucher on Shoney’s or perhaps a $500 ticket you have to send to a group with a strongly opposing view on just about everything. More times than not, I predict these will go to the Donald Trump re-election fund.

Ultimately, America and Europe and China and India and the rest of the world need to pick up their heads and focus on what really matters. The Cosmos. We need to solve the existential threats to us as a species: our environment and our climate through energy and conservation; we need to better understand our own health (which is ridiculously low in many areas) and eliminate at least the most obvious threats (like penicillin); and we need to further our understanding of the all-encompassing Universe surrounding us. Supporting this we need to move towards a way to govern in effective ways within and across nations which limits petty infighting, graft oligarchy. The earth is only so big.